center for technology in government

After spending a long time looking for an internship, I got desperate enough to start applying for some non-paid ones. In my second interview, I finally landed a gig at the Center for Technology in Government. Sounds pretty exciting, I know...

But actually, it kinda was. Despite the fact that this was a free internship, I was pretty pumped to finally have a job in tech. I was able to immediately dive into web development with my first project, an interactive alumni map. 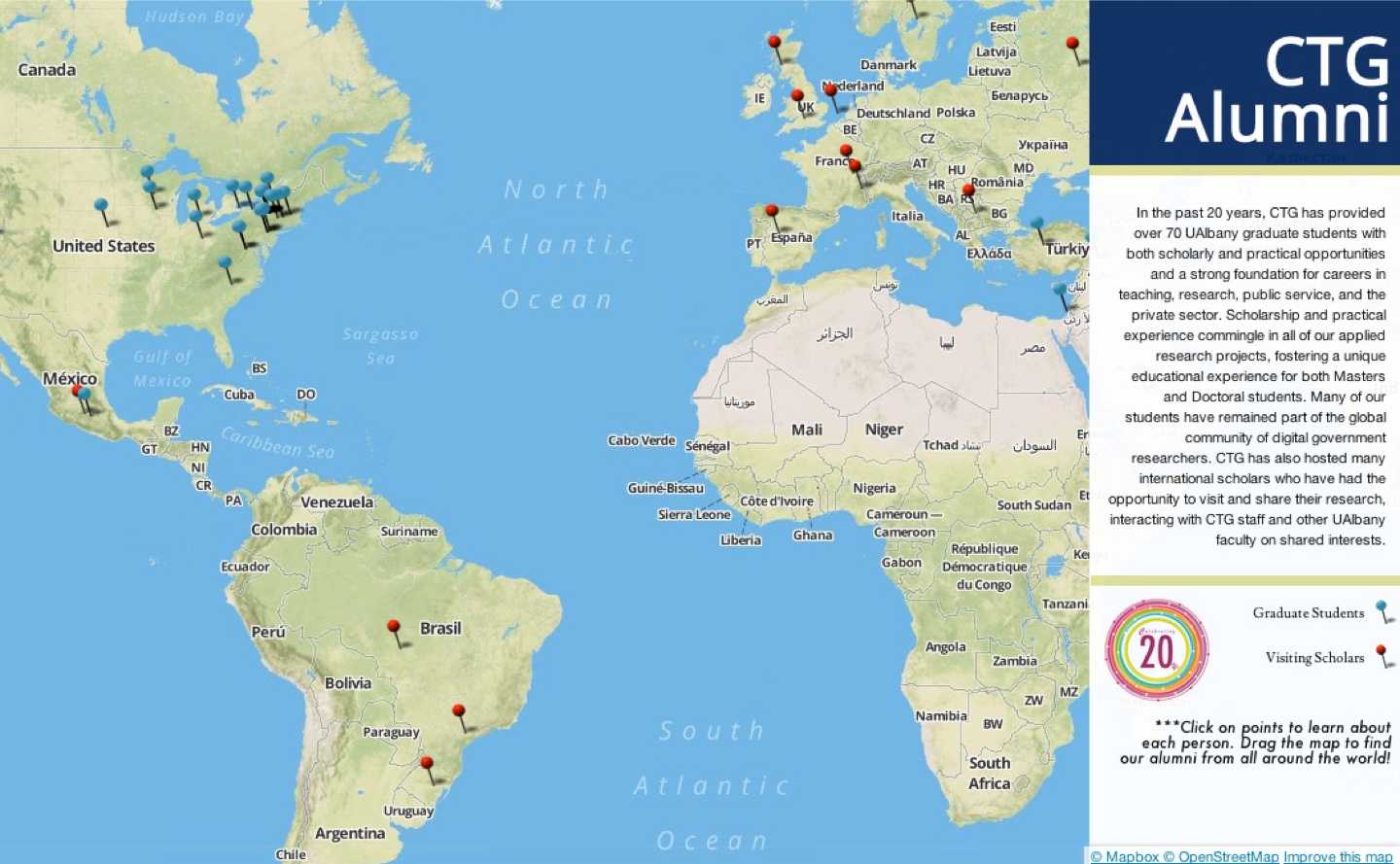 I was given the source of another page using leaflet and mapbox and basically told "hey, we need something like this". So I dove into the 1000+ line javascript file and started picking it apart piece by piece.

Previously, I had had a little exposure to javascript through school and codecademy but still really didn't know what I was doing. I had focused mostly on HTML and CSS up until this point in part because of my design background, but also an irrational fear of real programming. Diving into this source code was really my first exposure to real functions, event handling, and native js mixed with a few libraries.

It took me a couple months too build (way too long), but in the end it came out pretty well. They kept it up on their site for three or four years but it seems they took it down recently (as of 2019).

This project was a bit longer and involved some cooler uses of data. In short, we were given access to a few hundred thousand datapoints from the MTA and told experiment with various visualizations and dashboards. The following screenshot was one of the first I sketched out and did the charting work for:

This was my first exposure to d3 and it took me down a serious wormhole. For those of you who aren't familiar with it, d3 is a low-level JavaScript framework for constructing interactive charts in the browser. And when I say "low-level", I mean like it allows you to build almost any chart you can think of, transition one visualization into another, and even come up with things that aren't out there yet. The downside of this is that it takes some time to learn.

We did a bunch more dashboards like the one above for this project, but even then we still barely scratched the surface. Luckily, I've gotten to experiment with and utilize d3 at my following jobs.

This project was a lot of fun and it was cool to work with an agency like the MTA who have done some pretty cool visualizations on their own.