A few years back, my brother was living in Berlin and learning German. After trying a bunch of different language learning tools and systems, he found that while traditional approaches like textbooks and tools like Rosetta Stone are good for beginners, they fall short for serious learners who want to become fluent. He did more research and discovered that once you've mastered some core vocabulary and grammatical skills, then the following strategies were the most effective:

Some of these practices might seem obvious, but many learners don't realize where to go next after learning the basics. This is in part because the big players in the language learning industry focus only on the technical aspects of learning a language. This is likely because it's much easier to build online classes that focus on these simpler parts than conversational skills.

Anyway, let's go back to those three points. The first two can be approached without the need for any software or service. However, the third might be tougher if you aren't outgoing or don't have any friends who are fluent in the language you're learning. Even if you do, what's the incentive for them to spend their time stumbling through conversations with you?

This is why he decided to start Tandem Exchange. The idea of a tandem partnership has been around for some years. In a nutshell, it means you find a partner who not only can converse with you in the language that you're learning, but also wants to learn a language that you can teach. This setup incentivizes both parties to spend their time teaching one another. Once you find a good match, you can schedule one or two meetings a week and spend half the time speaking one language and half the time on the other. 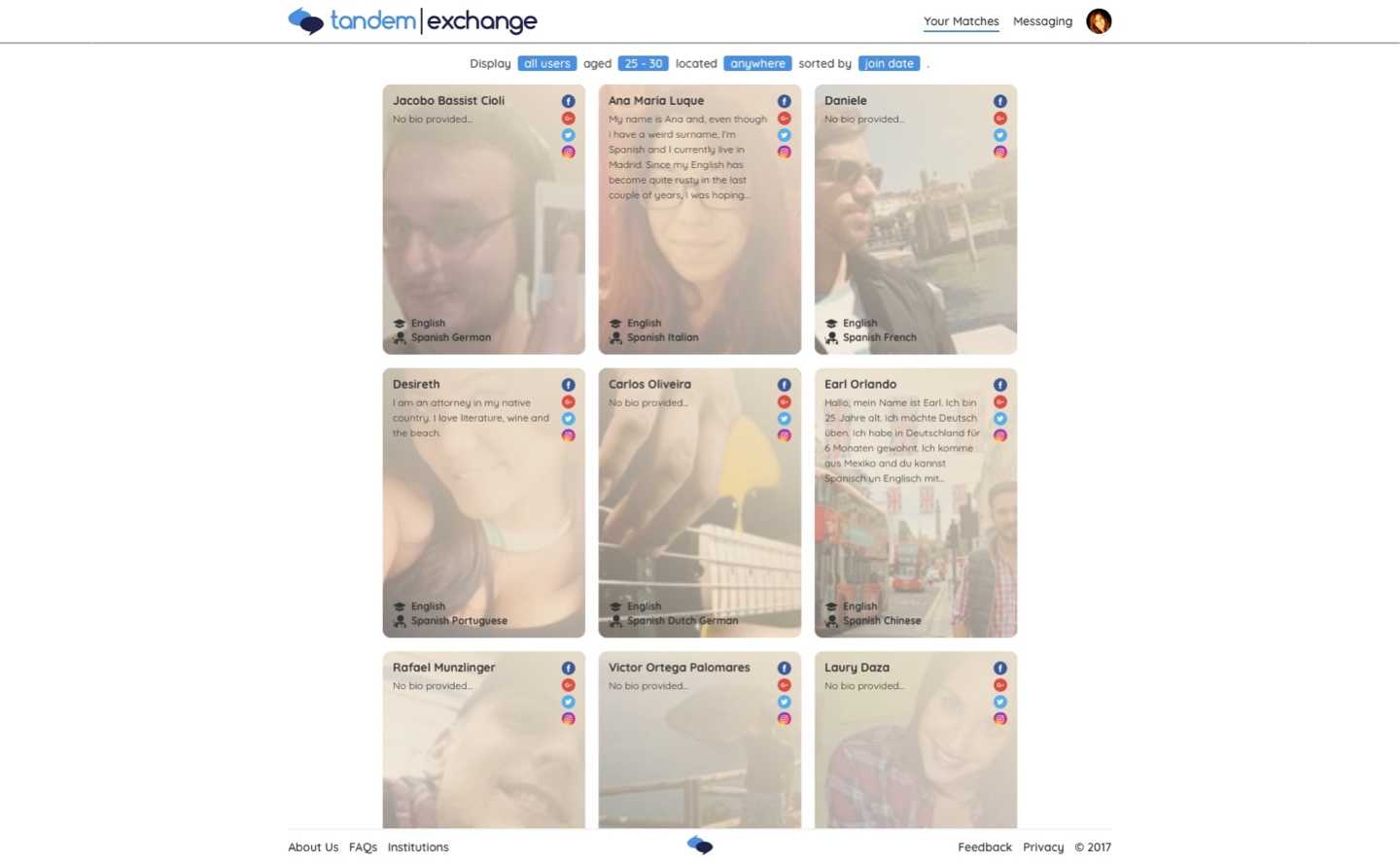 So he spec'd out the requirements and partnered with a developer to build it out. People signed up and it caught some traction but the developer moved on and my brother moved back to the states. Through some other contractors he was able to keep the service up but with no one consistently maintaining it, it got buggy and remained somewhat stagnant.

Then, about a year ago, I decided to pick up the project to give it a facelift and some much needed tlc. It's been a side project for me as well, however with some late nights here and there we just launched a new version. We're going to see if we can pick up a consistent userbase and then try to find some simple ways to monetize it that don't ruin core goals of the system.

This project is active and I'm already talking to a few developers who might help out here and there. If you're interested and think you can bring something to the table, please don't hesitate to reach out.